I see that the Speed Test Comparison section on the Bricks Builder Performance & SEO page is still against Bricks 1.0, and soooo much has changed since then. Not to mention some major differences with competitors like Elementor’s new Container element (though I ran some testing myself on older Elementor sites and really saw no major gain there), would just be neat to see an updated table there someday.

Also would be interesting to see Oxygen Builder in there too especially now that Bricks Builder has made some major performance improvements in later versions (I think it was 1.3.5 or 1.3.6 with the external CSS files update for example which brings it more in line with Oxygen performance levels). Just food for thought anyways. 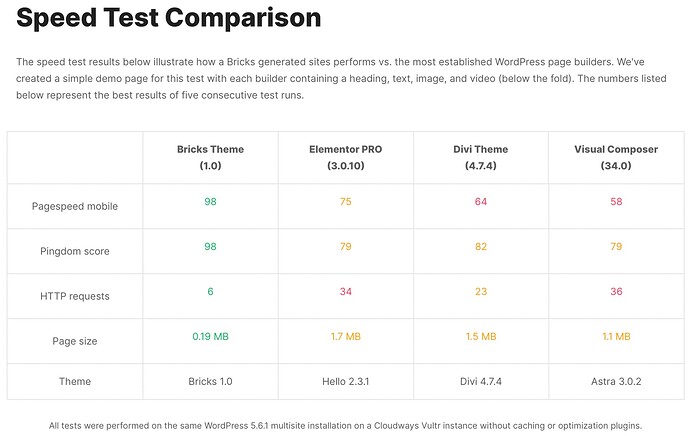