This is an unfortunate bug that seems to have crept in with the RC2, as it was working before. 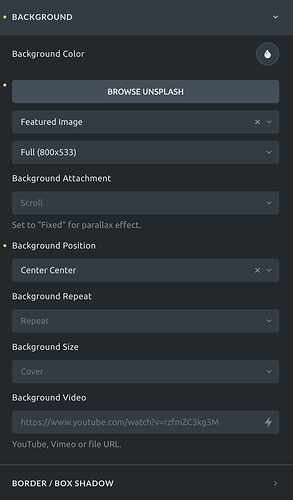 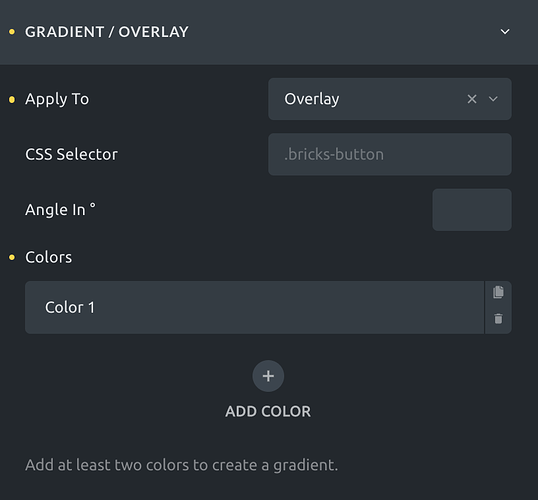 The problem seems to be caused by the overlay and background specified for the same ID but in different locations in the stylesheet, so one is overriding the other:

Hi Eric,
Thanks so much for your report!

We already have several reports about overlay issues on our list: Search results for ‘overlay order:latest’ - Bricks Community Forum

Hey @ainom ,
on which page and in which section does the error occur? Also on pogo.infi… ?

I confirm the issue with featured image and it seems to be an external CSS problem because it is ok with inline CSS:

(Everything is OK with manual images.)

@timmse I can’t recall which project that problem was encountered with (but it wasn’t pogo). I had to employ a workaround (created an 100%width/100% height absolutely positioned DIV for the overlay effect) so you couldn’t even see the problem there anyway.

I can say that I WAS using external CSS files.

Hi guys,
thanks for the feedback. We will most likely switch back to the RC1 variant for the overlays anyway (using ::before), so the problem should fix itself. The idea with the gradient and the image together was good in approach, but quickly reaches its limits - and does not work in all cases - which is why we currently have so many overlay reports.