Dynamic data does not show inside the builder (v.1.3.7)

It always shows on the front end, but it’s kind of annoying that you can’t see it in the builder. In the example below, I’m just the trying to show the post title. 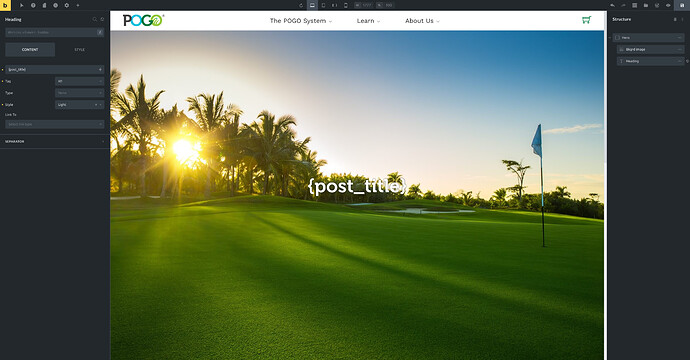 I have many of the same problems, as sometimes the data shows inside the builder, other times it does not. This happens with both ACF Pro data and Meta Box data. I even set the Settings, Template Settings, Populate Content settings to related data, and it only shows some of the data. This needs to be fixed. Please let me know if you find a solution or if this goes to the bug fix list

Have reported once before(quite long time ago). But still not fixed. It should show the actual post title in the builder mode also instead of showing the dynamic data code.

Yes, I agree, and not only post title, but any and all dynamic data should be displayed, especially if you have setup content population in the template settings

Is this bug scheduled to be fixed in the next release?

Agree with this one.

It should show the populated content, but when you click in to edit, it should show {post_title} etc (this is what other builders do, and it works well imo)

@ainom
Replied by the dev in another similar post. 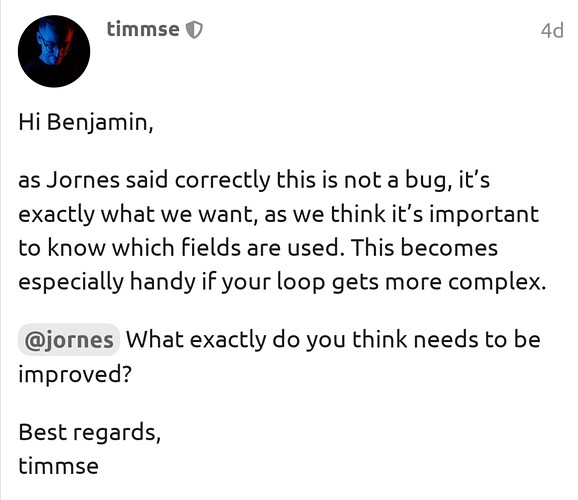 Then they didn’t reply to the thread after I explained why does that should be improved.

I think they just don’t buy the idea and want to let it be the way they want it to be(as explained by the dev)?! Maybe.

That’s crazy, and bad design. I still don’t understand why they would think that having it not render in the builder is correct. The explanation “it’s exactly what we want, as we think it’s important to know which fields are used” doesn’t make sense either…one could know what fields are used based on both the data that gets rendered and the variable used in the control sidebar (as @jornes pointed suggested in that other case). I really hope they rethink this bad design. The fact that two separate bug reports have been filed would perhaps be a hint that we, the users, are against it.

Actually, I have also reported the same once quite some time before. But they were ignoring this.
I don’t know why either.

I show you an example:
They wouldn’t imagine how it looks and how frustrated when the page is 90% using dynamic data tag. 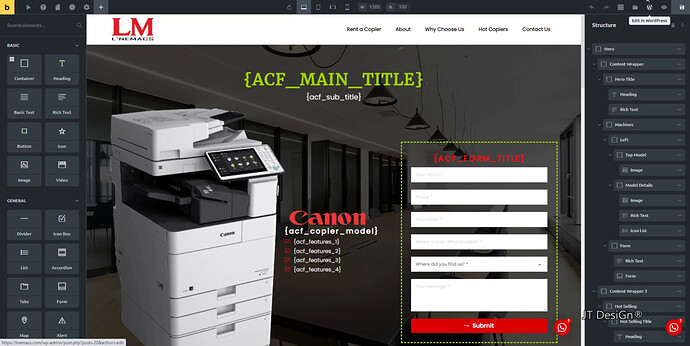 I agree, I think it should render inside, just like every other builder, or at least have the option to turn the rendering feature on or off by the user!

Why is this topic always ignored by the Bricks dev team?

We don’t ignore anything, but we can’t fight on all fronts at the same time (bad comparison in these times). As you might know, we’re focusing 100 percent on Bricks 1.4, which requires a complete rewrite of the builder and every single element. That’s also the reason why I’m less active here lately than usual - not everything works at the same time. Once we’re through with that, we’ll have capacity for new features and improvements again.

The answer referred exclusively to the query loop, but of course, it is related.

Summarized again: As soon as we have capacity again, we’ll take a look at this topic (and many others) at our leisure, I promise.

Glad to hear that.

Yes. It is related because I was pointing out the dynamic data tag instead of query loop.

As soon as we think it’s ready

Will wait till that day comes.